This is an infographics poster of Carnegie Mellon University, School of Design graduate students. I started collecting personal stories from my classmates. I didn’t want to force the conversation because it had to happen naturally. A lot of time the conversation started out as a 1:1 conversation and then depending on proximity or interest, more people later dove in. I quickly noticed a pattern. The usual people would always talk together physically and virtually. I needed a system that showed the frequency of the conversation.

But how do I collect the frequency of my classmates’ interactions without having a camera constantly following them? So, I decided to mark my frequency of interaction with each classmate in a linear graph. Starting from when the project was given, 9.19.2012 until 10.5.2012 when the first internal review was scheduled, I began to document whether I was having a physical conversation, virtual conversation or both. With the alphabetically organized names, I designated a number per person. The numbered names are indicated in the poster vertically so that the viewer still makes the connection that, for example, no.5 actually represents a boy named Nicolas.

Initial sketches based on where they are from 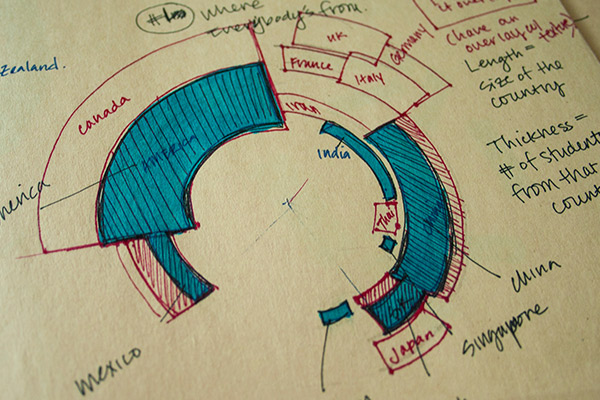 Initial sketches based on what they've studied 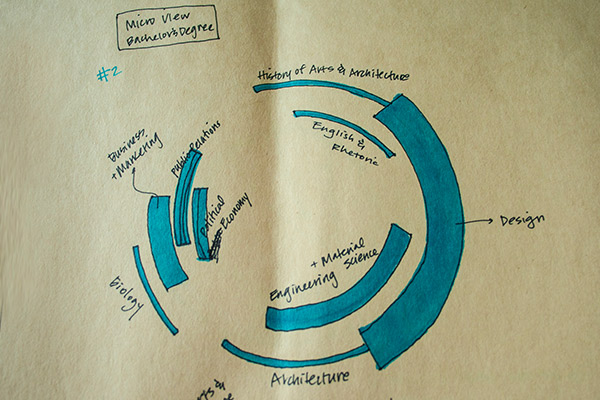 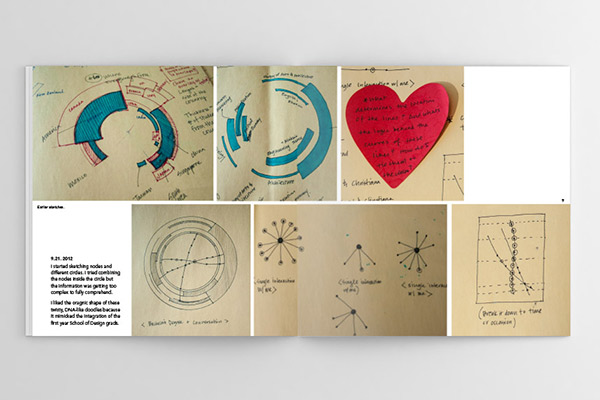 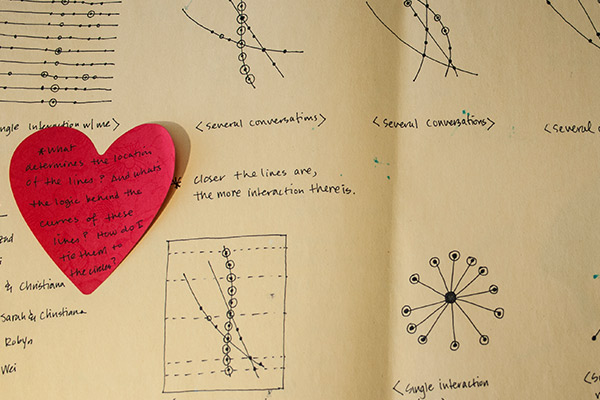 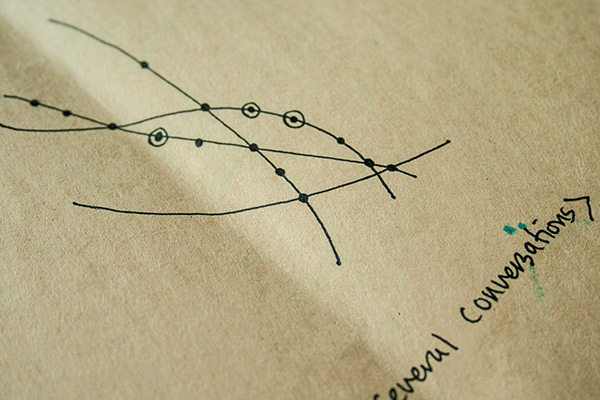 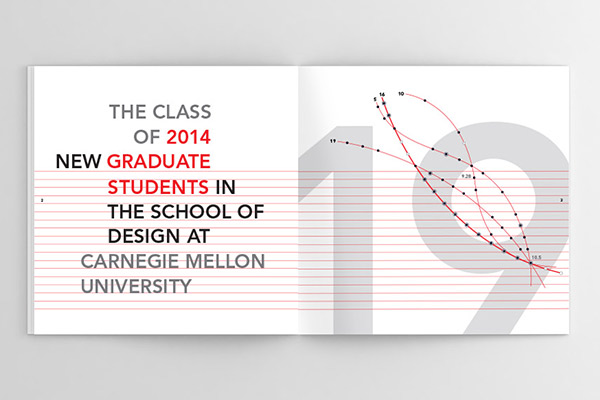 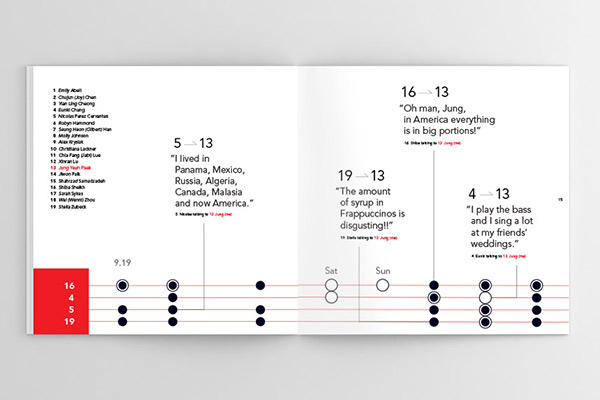 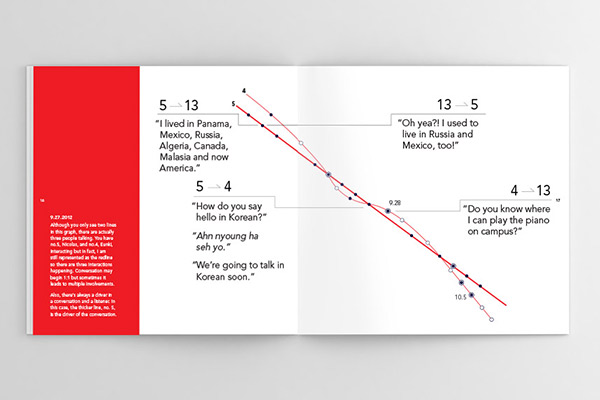 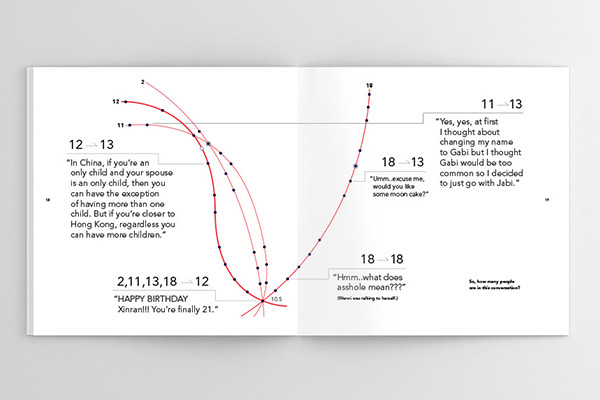 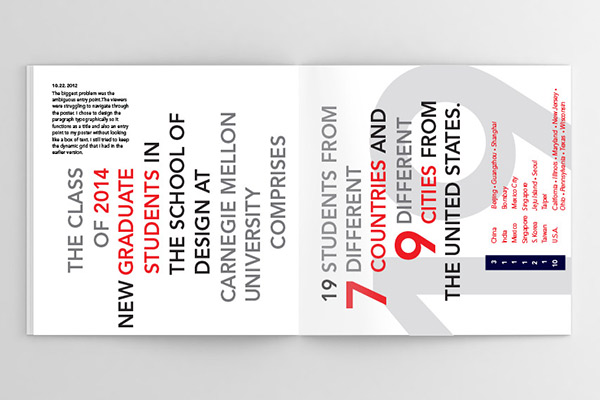